Last month Samsung launched the Galaxy Note 8 which is considered to be one of the most powerful phablets if the Note series. After the disastrous Note 7 incident, it was necessary for Samsung to heal the damage done by Note 7. So Galaxy Note 8 had to live up to everybody’s expectation.

From the day Note 8 has released the multinational giant company is enjoying positive feedback and many places the pre-orders have even broken records. From its massive display to its zippy processors and its powerful 6GB RAM is making everybody fall in love with it.

But Samsung Galaxy Note 8 is going to face its rival company Apple in the market now, as they are back with the posh iPhone X. The ambitious iPhone X have grabbed the eyeballs by its elegant stylish looks. The brand new device is by far the best of iPhone till date.

This is the first time ever Apple has used the OLED display in iPhone X which has a screen size of 5.8 inches with a resolution of 2436 x 1125 pixels.

But for Samsung AMOLED screens are not new at all. Whether it be the fatal Note 7, Galaxy S7 or the flagship smartphones Galaxy S8 and S8 Plus, they all sport the AMOLED screens.

As Apple has ditched the home button, so iPhone X completely depends on the Face ID, the facial recognition system for biometric authentication. The new Face ID can unlock a device and even supports the Apple Pay.

In the meanwhile, Samsung Galaxy Note 8 offers many options to log in- Iris scanner, fingerprint login, and face detection.

Apple may not have many options to log in but the features- Infrared sensor, TrueDepth Camera, dot projector and flood illuminator specifically map the face, when you unlock the device.

Apple claims that Face ID cannot be tricked by 3D masks or images of the user. But it is quite easy to fool the face scanner Note 8 handset. 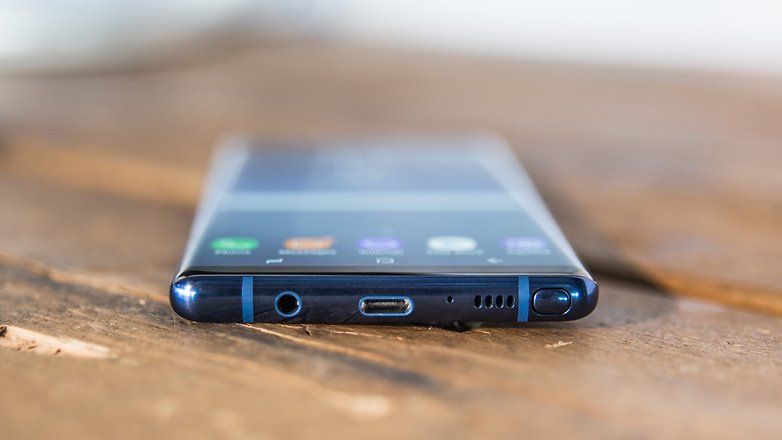 In contrast to iPhone X, Galaxy Note 8 smoothly continued with the 3.5mm headphone jack which lets users connect the wired headphone, you can even connect wireless headphone as well.

Apple has never ever added a microSD card slot on an iPhone, and the same thing has happened for iPhone X as well. The new phone is available in two internal storage variants- 64GB and 256GB.

But in the case of Samsung Galaxy Note 8, you can boost up the internal capacity with the help a microSD card.

While the Galaxy Note 8 includes the USB Type-C connector, many flagship phones of 2017 come with the same feature.

The S-Pen stylus is the signature identity of the Note series. The Galaxy Note 8 also houses a pressure sensitive S-Pen. The S-Pen is useful when it comes to note down important notes or to draw anything.

iPhone X doesn’t support any stylus in any form. Neither they are interested to start any such feature in their future endeavors.