Just a few days back LG officially announced LG Q6. As per LG, this is the first phone to be announced from its Q-6 mid-range series rendering premium specs at a "competitive price". The LG Q6 will have a light body and will hold a bezel-less display. LG Q6 will flaunt the FullVision display with 18:9 aspect ratio, which enhances video streaming. The South Korean multinational electronics company even mentioned that you won't see any camera bump at the back of the handset.

LG Q6 will come to the market in three variants. All of them hold an FHD 5.5-inch display with a resolution of 1080 x 2160 pixels. And all the three variants are chipped by Snapdragon 435 processor, containing an octa-core CPU and will be managed by Adreno 505 GPU.

The three variants that are LG Q6 Plus, LG Q6 and LG Q6a house a 13MP rear camera with a front facing camera of 5MP. The selfie snapper is capable of capturing wide angle shots at 100 degrees. A feature of ‘facial recognition system' is included in LG Q6 and in its counterparts. This feature lets you unlock or lock your device by recognizing your face or eyes.

Along with the latest Android 7.1 Nougat, the three variants also shares the same battery configuration of 3000mAh non-removable battery. 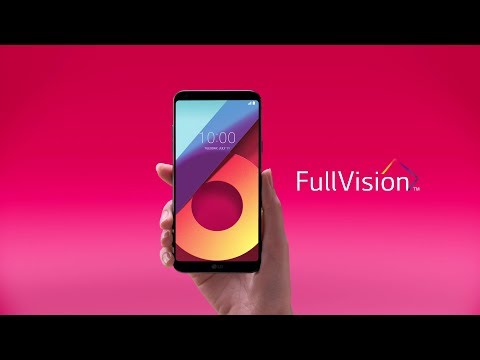 "The LG Q6 is a blend of premium features, great performance, and attractive pricing, a combination that is extremely important to us as we look at the way consumers are using smartphones around the world. The Q series is our way of getting the superb experiences with the essence of the LG's premium line-ups to more consumers' hands and pockets."-Juno Cho, president, LG Electronics Mobile Communications Company.

LG Q6 and its siblings will be available in Dubai UAE by the end of August and will be under the budget.