HMD Global the manufacturer of Nokia handsets successfully launched Nokia 3, Nokia 5 and Nokia 6 this year. Next Nokia 8 and Nokia 9 are in the series. The flagship Nokia 9 is almost done and may release in the next few months.

Recently, a Chinese website CNMO showed some glimpses of the flagship phone Nokia 8 which hinted towards a bezel-less display and will discard the home button for an on-screen home button.

CNMO, the Chinese website also revealed that Nokia 8 will include ‘Iris Scanner' which lets you unlock or lock your phone by recognizing your eyes and face. The handset will be of a rectangular shape and will flaunt an edge to edge display plus also include USB Type-C port.

It is also expected that Nokia 8 will measure 5.5-inch curved bezel-free display with a resolution of 2560×1440 pixels. And just like Samsung Galaxy S 8 and Galaxy S 8 Plus Nokia may launch two variants of Nokia, one will have a display of 5.5 inches and the other one will be of 5.2 inches. 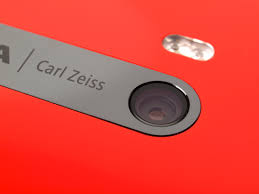 The primary camera is said to house a 24 MP shooter which will include the Carl Zeiss optics that will support OIS and Super EIS. And the front facing camera will root a 12MP shooter along with dual speakers.

Even you will get to choose from two variants of internal storage capacities one will hold 64 GB and the other variant will provide 128 GB both can be increased up to 256 GB by using an SD card. The website also says that Nokia 8 may be energized by a non-removable battery. And nothing much has been leaked about it.

As we told you that there may be two variants of Nokia 8, so one variant may price around 2114 AED and the other one may be likely around 2380 AED.