If you are thinking of getting a smartwatch or want to replace your previous smartphone, then you have come to the right place. We are going to bring you a list of smartwatches and fitness wearables which were unveiled at Europe's biggest tech show last week.
We have compiled the top 5 wearables which you can try and we are sure that it will surely fulfill your needs.
1. Samsung Gear Sport

Samsung Gear Sport has been unveiled at IFA 2017. The wearable device has been upgraded, which means now you can upload Spotify tracks directly to your watch so you don't have to take your phone out while you're running. You can also use it when you are going for the swim.

You will also find the built in GPS and also it has a feature which gives you workout plans. You can even connect it to your TV when you are working out at your home. Fitbit Ionic is the very first smartwatch made buy the company. It was already announced before the commencement of IFA. The device is pretty much impressive.
It has some great fitness features which include workouts which you can do directly from the watch. Then you have got the built in GPS and an upgraded heart rate tracker, which is said to be very accurate.
There are also many apps on the Fitbit Iconic with the third party developer working on it.

Garmin Vivoactive 3 supports many fitness elements which includes tracking many more different kinds of exercises. But it is also very similar to the traditional smartwatch which the company has previously made.
You will also get customized watch faces which are available in two options: one with a plastic body and another with a more premium metal design.
The company has added a brand new feature, Garmin Pay tech which lets you connect it to your phone with your bank account and make the transactions, just like Android Pay and Apple Pay. 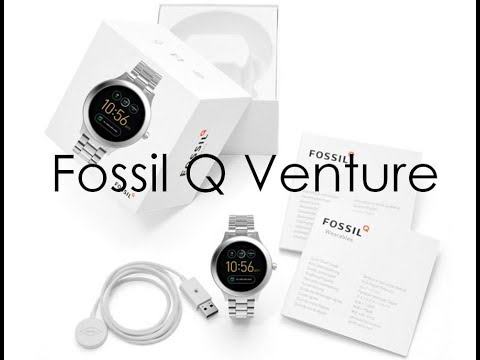 Fossil Q Venture is a perfect smartwatch with smaller wrists. This device is considered to be the best wearable launched at the IFA 2017. It has got a smaller design and flaunts a premium build.

Samsung Gear Fit 2 Pro is one of the popular fitness trackers around the world. You can easily wear it for swimming also you will get an option of offline Spotify (as on the Gear Sport), so you can upload songs directly to the band and enjoy it wherever you go.
There is also built in GPS support and many kinds of fitness based features.